It rains in London today (what a shocker, you might think, but its particularly bad). In the light of this Ol and me have found Wools weakness. He is NOT a rain proof dog.

Yesterday, after a 15 min walk around the block in the rain, scruff bag went mental when we came home. He ran around in circles, scratching his hears, legs and everywhere he could reach as well as trying something that looked like biting his own fur off. He also jumped up and try to hang from his claws in my tights as well as diving into anything that could dry him off.

At least he slept like a baby until we went up at 8 after that endeavor. 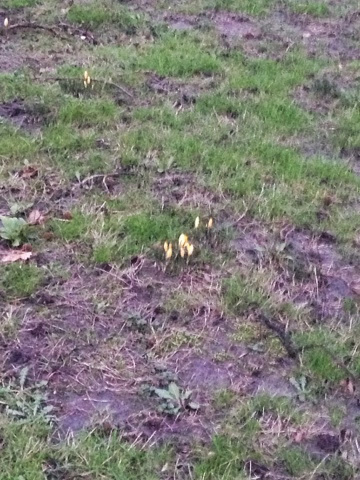 This might look like the greyest, grainiest and most boring picture in the world but look at what it signifies. Spring is on its way (yes, that yellow crap its budding flowers.) 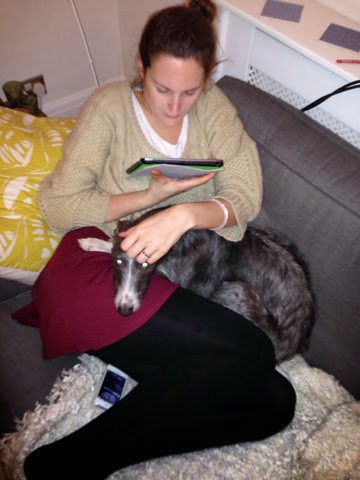 Me and demon dog. We have concluded that he is in fact a…. drum roll please…gremlin. He is the sweetest little Mogwai until he gets touched by rain. Then he develop in to a green monster. We should have been warned by the ears… 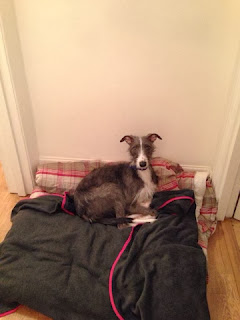 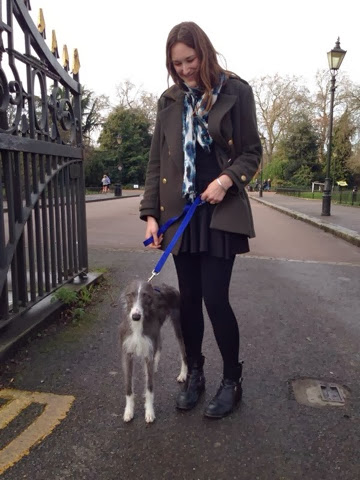 Me and the Gremlin on the fist day. If I had only known that I cant break the 3 rules. We’ve both fed him after midnight and got him wet… I hope the sunlight wont kill him though but just calm him down.