Monday after what turned out to be a recovery weekend for me and a ‘get sick and stay in bed’ weekend for Oliver. Always have to be one of us. Before he got sick we had time to squeeze in date night on Friday night. We went to Princess Victoria in She Bu and had some great pub food. Dinner ended with us discussing the never ending question of Sweden vs England. Its a tiny (well) bit infected since both of us dream of being home and in the end both of us cant. 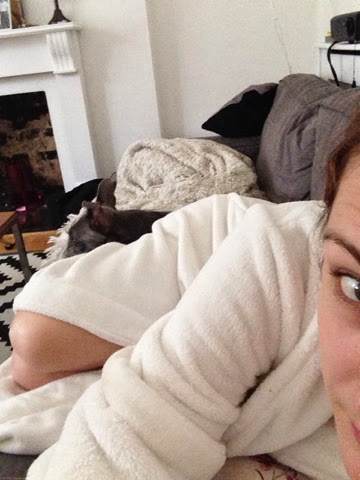 Saturday morning was slow and Wool and me chilled in the sofa while listening to the rain outside. 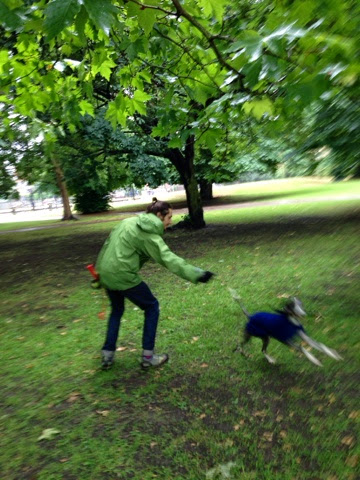 When we finally left the house Ol and Wool played around in their fancy coats and I tried to capture them on my crappy mobile camera. Went so so. 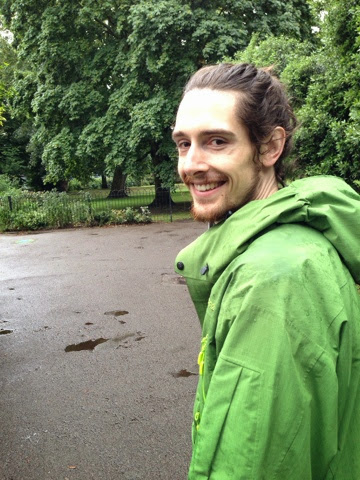 My handsome man with his very ginger beard. I tried to take a picture showing exactly how ginger it is but as soon as i came close enough his face colour turned green (blame the jacket, not being close to me) 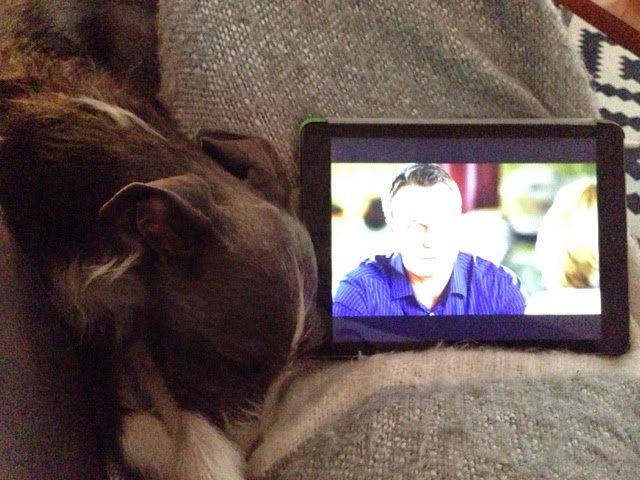 Saturday night. Ol watched some sort of bouldering competition (who cares about football) and I chose some crappy american teenage serie. Wool still choose to watch what i did rather than the drama of Ols climbing shit. 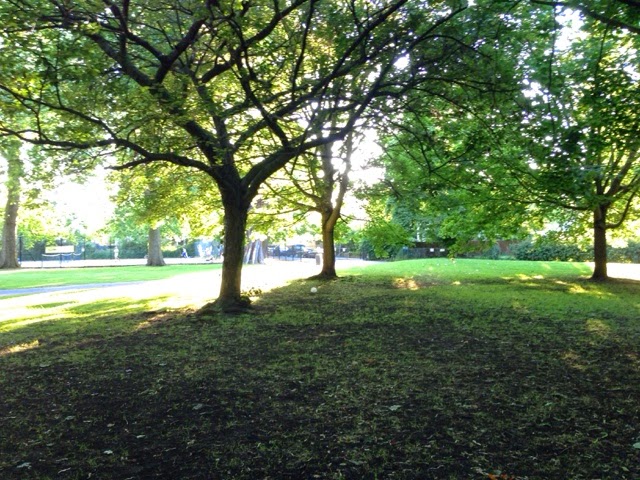 Yes, its another park picture from yet another walk. On Sunday Ol was down and out so I met Kix and the Zig in the morning for a walk in Chiswick. Everything was sweet and full of summer until the two little monkeys decided to roll in a brand new, stinking pile of poo. Oh yes, they did. Poo pirates. Kix and me had to drag them home and force bathe them to get rid of the stink. First time ever Woolly have been bathed since we got him (Ol have something against bathing dogs). He was not impressed. That’s what happen when you roll in poo…