So, i survived Friday. Without falling, getting too drunk or making a fool of myself. That is some serious winning. After freaking a bit about how to really say hi to your ex’s girlfriend without making it awkward and hoping she doesnt think i hate her (and asking all my friends getting different answers from everyone – whats up with that) I opted for my version of everything – giving her a jägerbomb.

Since being true to yourself seem to be that universal guru pro tip it worked. She is a very sweet and cool girl (not really surprised) and we ended dancing together at the after party. 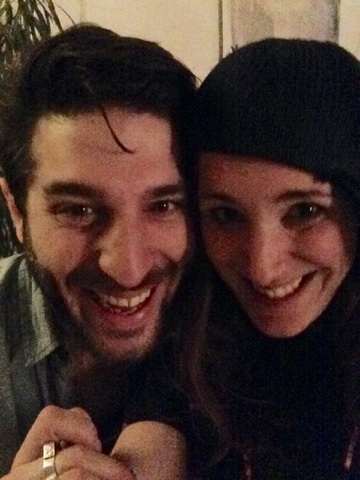 G on the other hand was doing what he does best which is making friends and just generally running around the room being everywhere at the same time. This is us trying to convince Dan he really wants to go to a warehouse party in seven sisters. 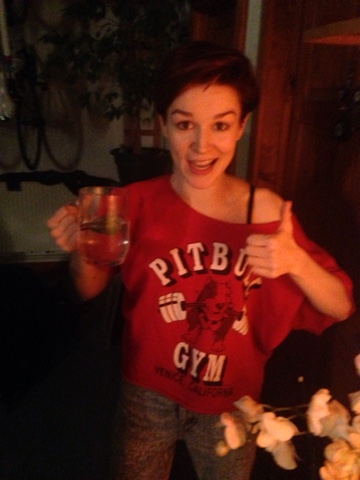 Also trying to entice him with G’s friend Maria (who are in the new SW movie btw. How fucking cool is that!?). And drinking GT. Because that it what we do.

Around 2.30 we decided it was time to leave and go back to G’s place. Felt a bit bad because were leaving both Jean and Jesse behind but also knowingt those boys can take care of themselves (and Jean went to 3pm the day after so kind of glad I skipped that). 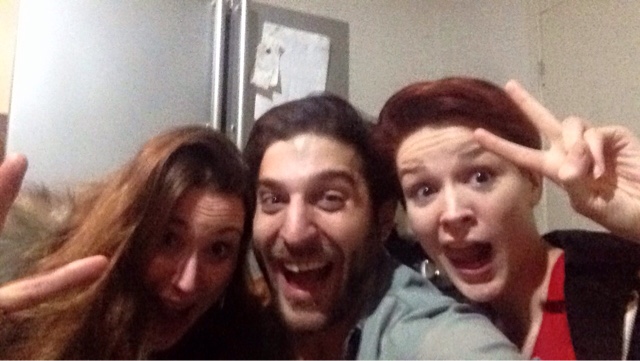 Still trying to entice Dan to join us. 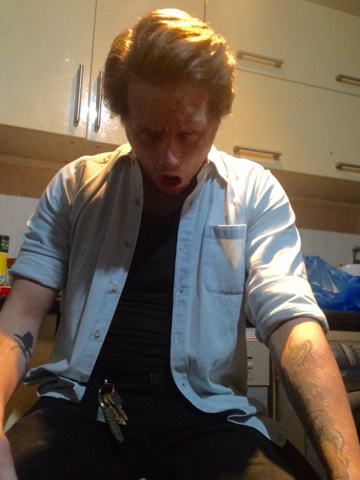 Eventually he did show up and we ended up sitting in G’s kitchen to 8 in the morning talking nerd. Dont mind if i do (but OMG i was tired by the end).

The day after was spent in bed ALL DAY. And i mean that. It went dark out before we crawled out. I had a dinner down central to meet with Dani’s new man properly. 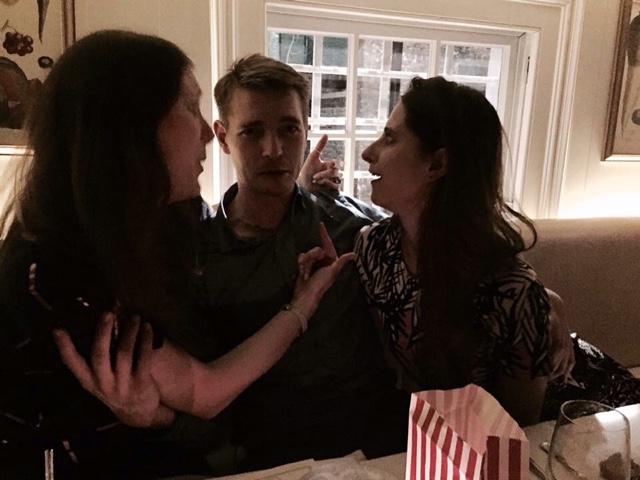 Yup, that went well. He is wonderfully weird and we all know how I love those people. Ill so come visit them in SF. We had a lovely dinner and then went to a BM crew bday. Had quite a lot of drinks before sneaking off at 1 when the other started talking about a rave, I know myself and know i would have gone big so saving myself from myself. 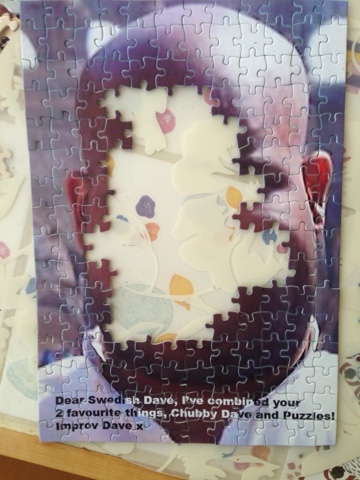 Instead i spent my sunday on the sofa and then opened my gift from Improv Dave. That turned out to be the most epic gift of all time. He’s made a puzzle of the fat filter picture we use to joke aboit Chubby Dave (Jason). I seriously laughed my ass off when i realised what it was.

Now got the hardest bit left – Jason’s face. But ill enjoy every moment of it.