Oh, the Easter weekend. The stories my friends, the stories…

I had taken myself a bit ‘vatten över huvudet’ on thursday buy making plans with my colleagues, Jason, Filippa’s friend Jeff, George, other George and Jean. Too much of a good thing. 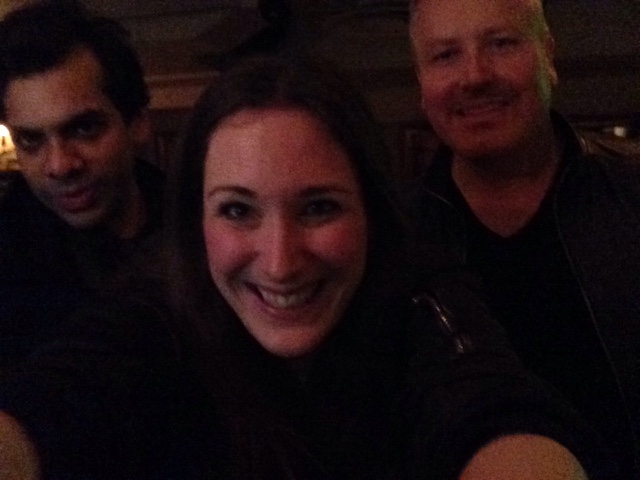 Started out with work drinks where Jeff joined us and him, me and Rocky drank tequila shots. Just to set the night. Then Jason joined us pretty smashed from his work drinks. Around 9 I realised i was on the clock to see all of these people and we headed up to Found where G was working for a drink and a shot. Apparently we were drinking a ‘curious George’. And then some weird chillie shots. Again, dont befriend your bartender.

After that Jason and me headed to Bar@1 where Dave met us. The music was shit for a hip hop hater like me so I ended up sneaking away in the night to meet Jean (bad Cissi but ill excuse myself with pretty drunk at this point)

We went to Found to pick up G after he finished work and then to some music industry bar in Shoreditch. And because 3 crazy people kept going until 6.30 in the morning. Then i put a stop to the discussion of another after party. Yeah, you heard me. I stopped it!

Woke up at G’s after like 3 hours of sleep realising I was late for picking up the dog and katta and then going to a FICCO brunch. So late. So i wizzed down on the tube, picked up the dogs and people needing pick up and then headed home, got some booze and went for a brunch filled with babies and dogs. 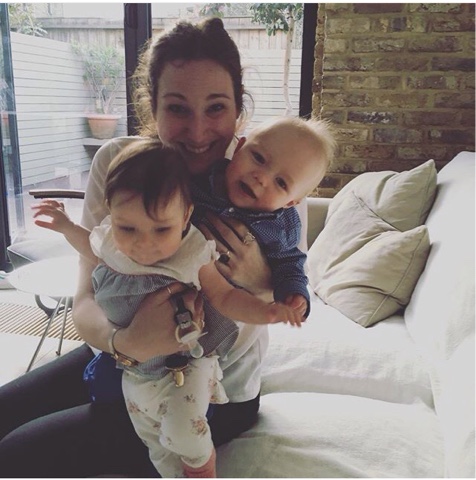 Owning it (thank god for filters). 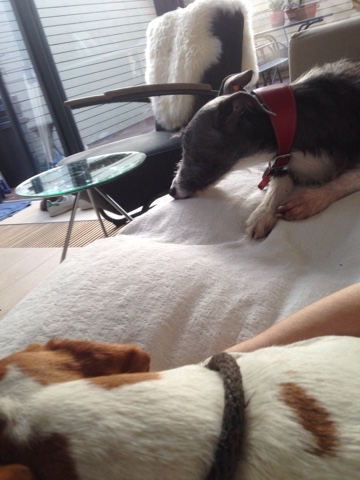 W was trying to hide from Lola and after a couple of hours he was so done (you and me both W) so headed home for some dinner and late night talks with Katta. 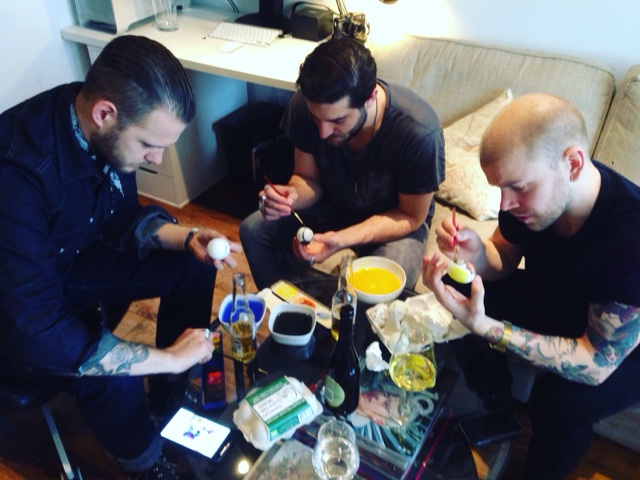 On Saturday put my dog on the tube again, picked up Katta and headed up East for brunch at the Tomlins. Filled with egg painting, amazing food and drinks. 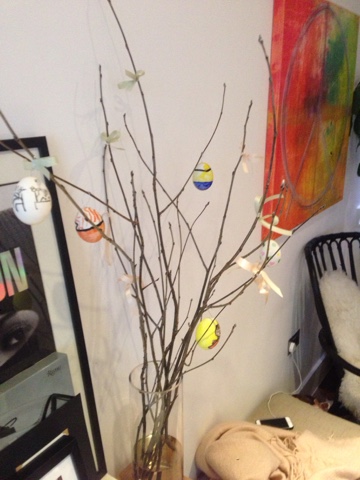 and tried to blow those eggs. Its damn hard i tell you. Lets just say its not my best skill. 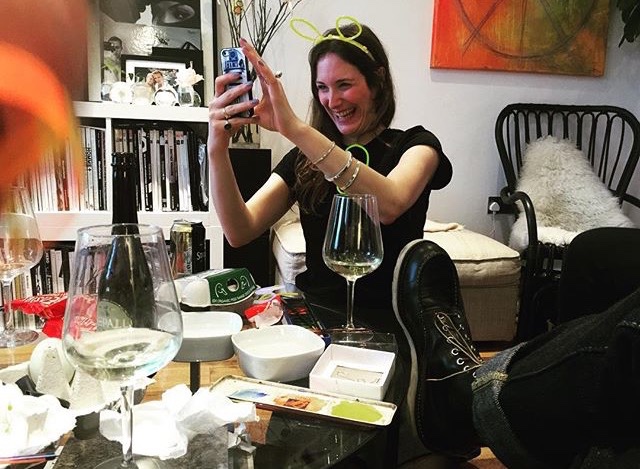 Im better at bringing glow sticks and take pictures while drinking and laughing.

After food we painted some more eggs 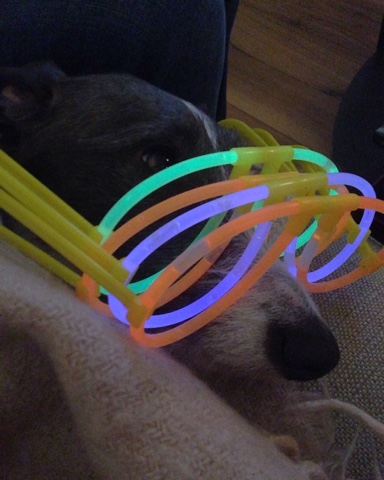 made W into a little raver dog 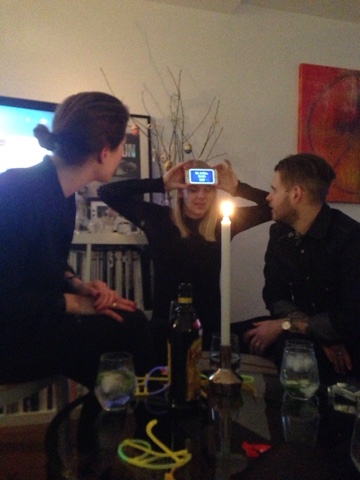 and played some games before I crashed around 2 and we took a cab back down.

Good call since on Sunday it was Jacke’s boxing game. Too add insult to injury it was black tie so had to dress up in the little black dress while wearing heels. Sad face. It was my colleagues and me bringing Katta and G. 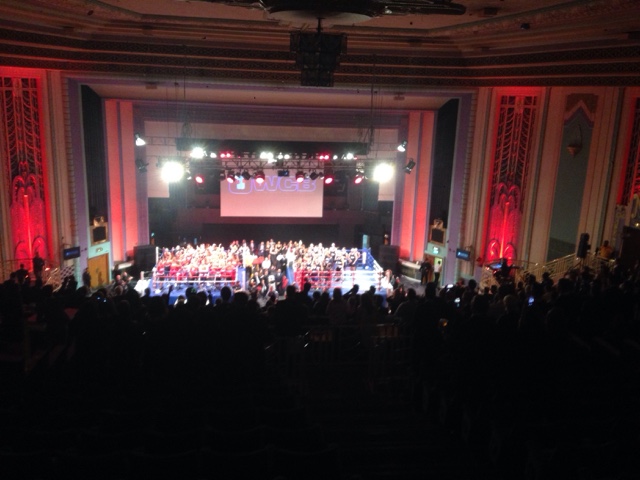 After hours and hours of people swiging at each other and a bar with the longest queue ever it was finally time for J to do his match. 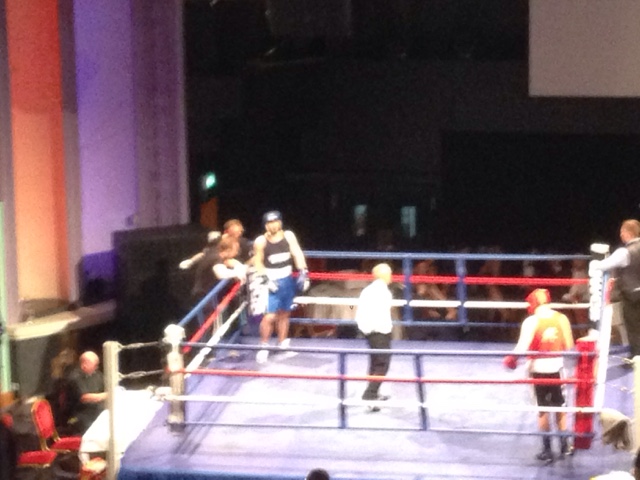 He did well. But lost. My colleagues were very drunk by this point so Katta and me headed with G to his friends place where we got cooked a roast. The food was amazing but served around midnight so after dinner we totally crashed watching a movie.

That meant home straight after which NEVER happens. On our way home G got a call from his 19 year old portuguese flat mate who told us he is sleeping on the sofa in Gs room because he had a mouse in his. Him and his girlfriend both.

So the night was spent sharing a room with a very young portuguese couple. And it once again hit home that I have met someone who trumps me on the crazy. Every time. Monday was spent in bed doing absolutely nothing but watching movies. I got breakfast in bed so didnt even have to leave for that. Left G at 8 in the evening after a perfect day of laziness. Contemplated feeling bad about it for a second but nah, too awesome.