Guys, its Friday again. So much epicness on that! Get your crazy out and lets celebrate life and all that jazz. Because all kinds of awesome. 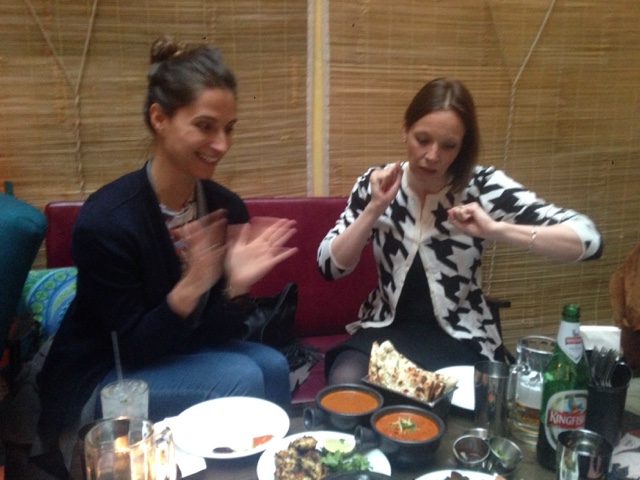 Look at this genius picture of me and the girls last night. Making people look good is my forte. We were talking Dani’s Visa and move to san fran, Kirstens upcoming wedding and my general happiness.

Yes, we were THOSE girls. The ones you generally hate and fucking love the rare moments you get to be them. During our 6 years in this city this is probably the best we have ever all been at the same time (well, those first couple of months whem we were OWNING the nightclubs of London werent too bad either) 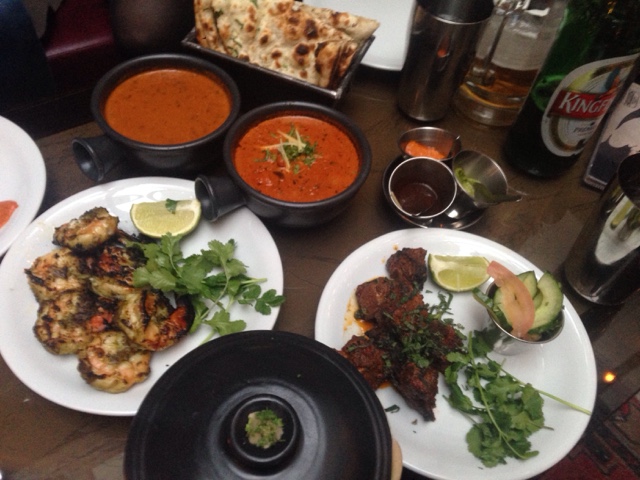 We celebrated that with crazy amounts of food. Because we are those girls too. The ones that eat. And potentially drink a bit too much. All hands up for that. Plus, the food at Dishoom is too good to not eat. Fact. 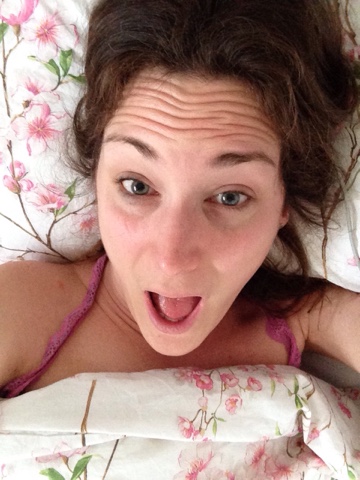 Texted with G this morning. Still not out of bed even if its was 8.15. Disgrace. Look at my face of shame (Not. So liking sneaky mornings in bed. Me and mini hound both.) 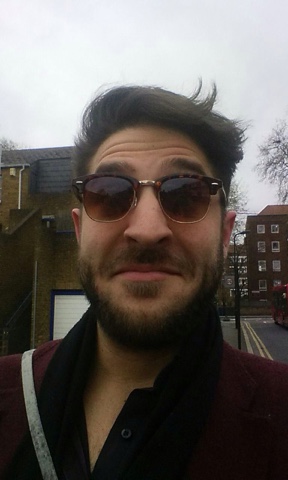 He sent me a pepping ‘get your ass out of bed woman’. So i did. Obedient. Thats me.