Monday night. Meant to be a night for quiet and calm. My one night off. For sure. You have to pick one to make sure shit dont go down all the time.

Apparently i fail at that.

Last night had drinks with work because Nina have moved back to London. That could have been ok with an early night. But George (the mini devil of my existence) had to work Loves Company so instead of him coming down to mine asked if i could come pick him up from work. 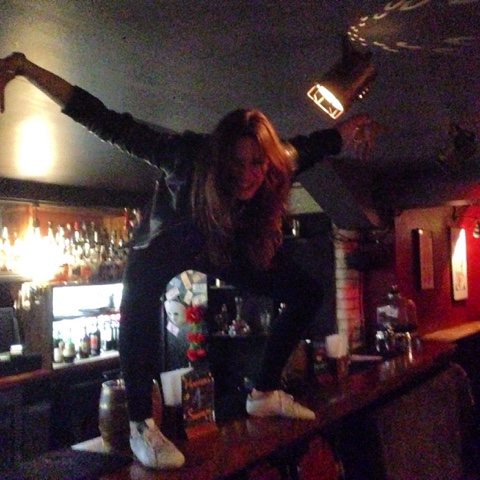 Said and done. I also got Dimitra and James to join because awesome people and when we arrived at Loves it was an emerging musicians night called Sessions 58 so we got shots and free beers and new friends and well, dancing on the bar looking creepingly like a gigantic bat (which i sent to Lee (the guy who owns the bar) showing what goes behind his back. He hasnt answered…) so night did not go as planned. Damn.

If we were normal people night would have ended with closing and cleaning the bar but instead we went with Nate, the guy who runs Sessions 58 (which btw was AMAZING! The talent in that room), to the Hoxton for one more drink (because there is always one more right) and met some of his friends and got treated to some crazy good party stories. And sambuccas.

But, we made 2 am week night call time. With kebab in bed. 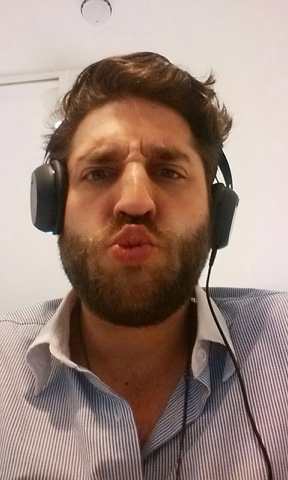 This morning felt on my A game (nope) and got sent an angry ‘why the fuck did we do that’ kiss-y real life emoji from George. Yes, we are equal parts awesome and should have NEVER happened as a couple.