Bank holidays. Why are you so amazing and an absolute killer? Every time. Maybe some people out there take the chance to rest and see nature and stuff like that but you all know what im up to. Party times. 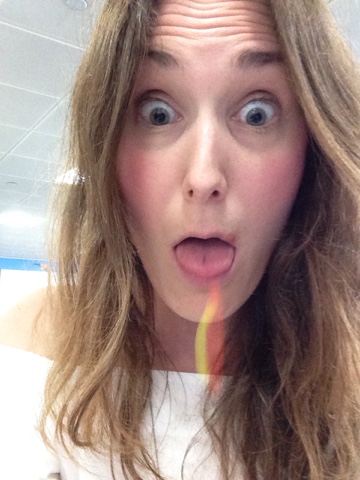 This is me trying to take a selfie of popping pills in the office Friday getting ready for CELEBRATIONS. Dont allow sickness to get you down.

When i feel really bad I think that if I was in the military and had a fever i would still have to march for hours in a jungle cause otherwise i would die. Then it doesnt feel so bad that im only getting ready for dancing. 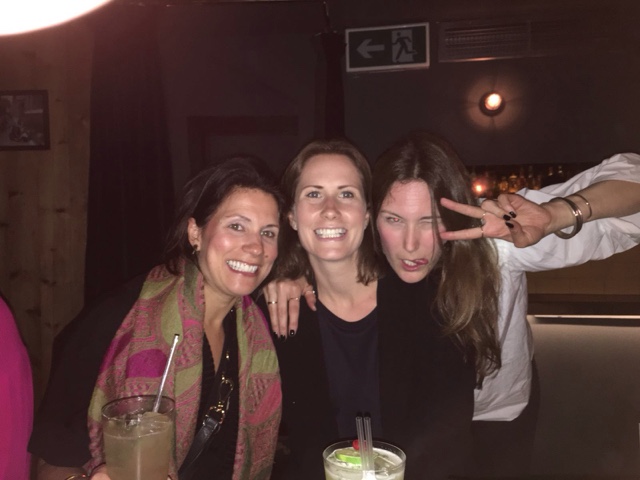 After some drinks in the office, dinner and catch ups we went up to Found. Everything went a bit hazy other than a lot of drinks, caffeine tablets and bars. Me and George left Loves Company at 7 am. Yeah boss. I would totally rock being in the military.

We did pass by Nola, sent a sleeping Rocky home in a cab, danced with jean and his gf (I might have drunkenly offered her a job) and accidently missed a chair sitting straight on the floor (me, not G. He was all in control and shit) Because drinks. I also had a lot of conversations with Gs friends on him being the best person ever (I agree) me not fucking him over (agree on that one too) and him being smitten with me (YES! *doing smash sign with my hand*) 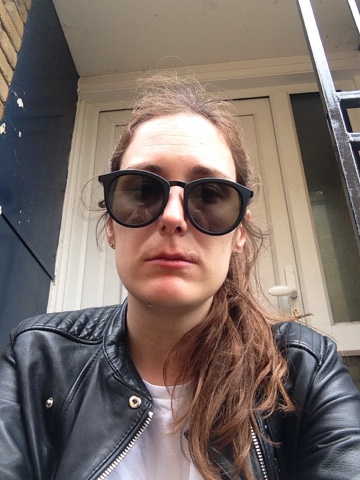 Having eaten way too many caffein tablets sleep and I did not get along. After 30 min power nap I went out to get the dog. When i came back G was sleeping and the door was locked. And he wouldnt pick up his phone. I sat out there for about 40 min contemplating if I should try and do something about it but hoping for a miracle.

Miracles do happen and his flatmate let me in. Then HANG OVER hit and I was in bed for the rest of the day. Not kidding. Poor Woolly. 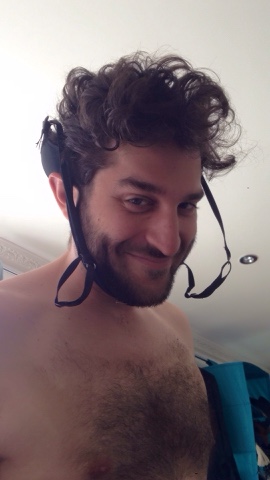 Sunday morning and George wearing another womans bra as a hat. Ill just leave that one here. (but I will say it was his friend Bella’s and no shenanigans were going down. Protecting my mans honour).

After bra hat wearing morning hang out time we headed to Peckham with his friend Shaun just in from Tokyo and spent a couple of hours freezing our asses off in a trendy roof top bar. Im at the age where comfort win over trendy any time. So we left. And saw a couple of people, had some drinks, got some people back to George’s, chilled until W and me gave up at 5 and hid under the covers sleeping in the middle of the party. Grandma time. 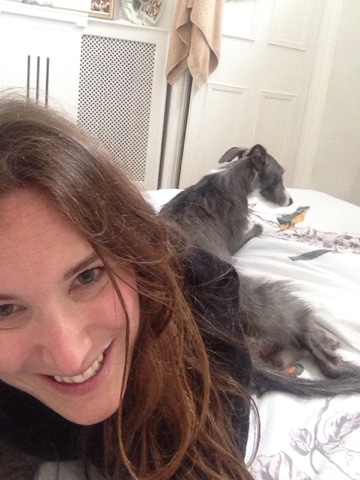 Monday I woke up dead. Really. Its true. I managed to go for lunch with the added bonus of Tomlins before trekking back home and taking a little snooze before tea with Katta.

Then. Weekend. Finally. Over.