I love throwing parties but my god, im just not as fond of the aftermath. Im dead today, our flat looks like crap and i have way too much halloumi to eat. Yes, thats real problems man. The boys also want to go see Deadpool. In islington. At 8. Im too old for an hour schlep all through town just for a movie. 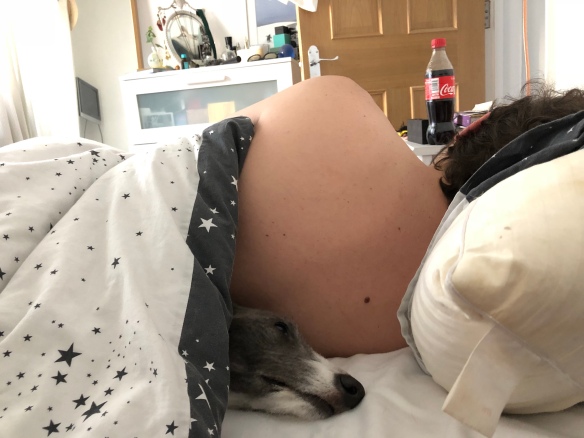 Saturday morning. The boys were sleeping and i was up getting shit done from 8. Im the planner and pre fixer, George holds the fort at the party. 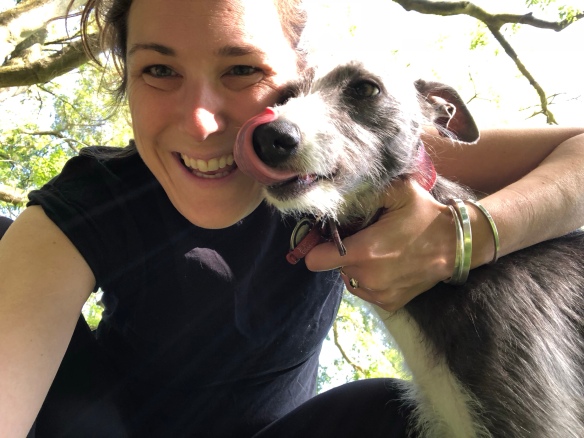 First had to walk W since Ol didnt pick him up until 4 (poor doggo hated all the moving and all the people). It was warm and we sent a happy birthday message to Nisse.

Once back home there was shopping, furniture moving, salad chopping and potato boiling to be done. I served french potato salad, shopska, BBQd corn and portobellos with the meat. Look at me almost housewifing. 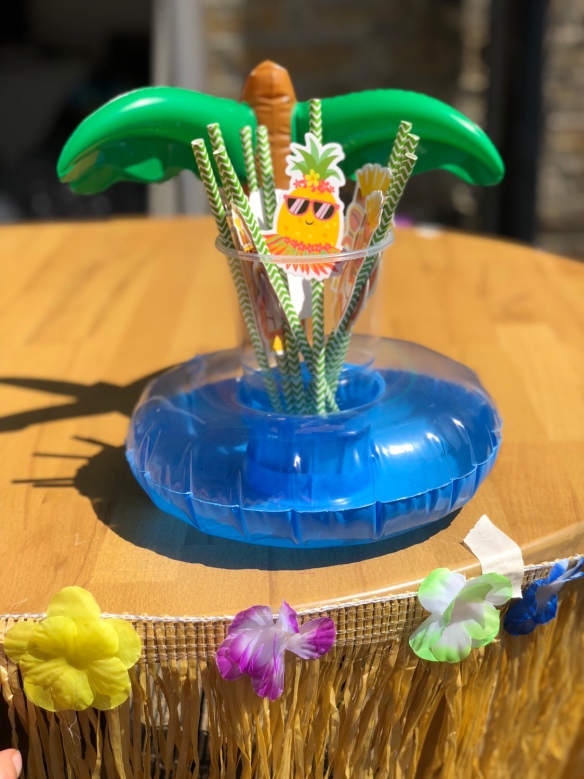 George woke up, built the BBQ and helped me tiki the place up. 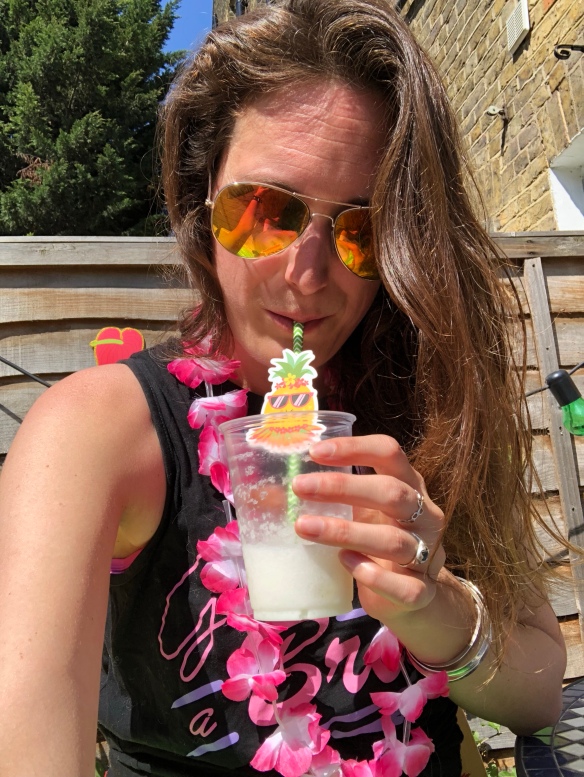 Ready to drink some pina coladas and do some serious dancing in the sun. Our garden becomes an oven in the sun so i got what i wanted.

This tiki queen is ready for some serious partying. I kind of forgot about food and remembered all too well about the drinking. Like a party pro. 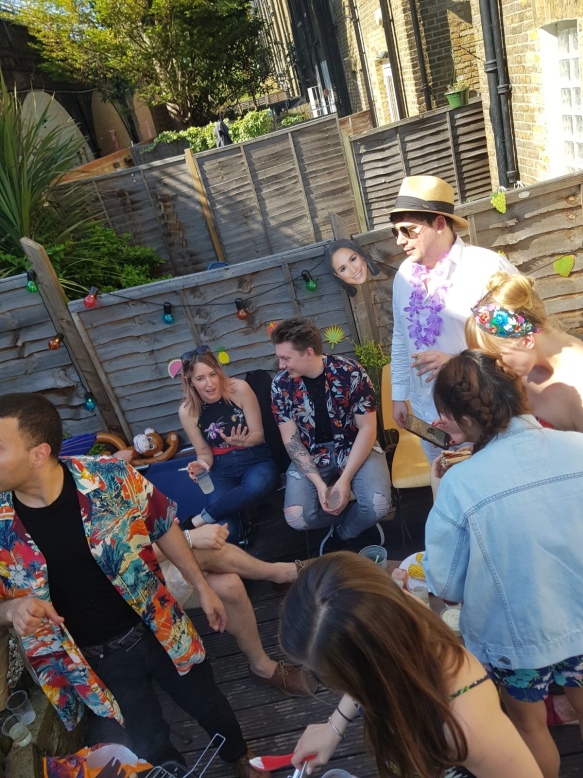 Tiki vibes. Realised i love a tiki party. All the colours and pina coladas. Plus i got to play my ‘Lets Flamingle’ playlist. Which is basically just my cheese list with all the non summer songs removed.

I had to take a picture of this. Its a baileys and banana colada. It was divine. I think i might have found my perfect dessert drink. I could live on those.

I barely took any pictures having way too much fun so the only ones are of me trying to entice people to show up when they were being late. Elephant mask works a treat.

And because it was the royal wedding Meghan made an appearence. I very sexy Meghan i might add….

People were literally burning in the garden. I did hand uot sunscreen but some are just too cool for school.

Charlie and Deirdre. The party went on for 10 hours and i guess around 50 people came and went through that time. And yes, we could fit all with some good will and love. 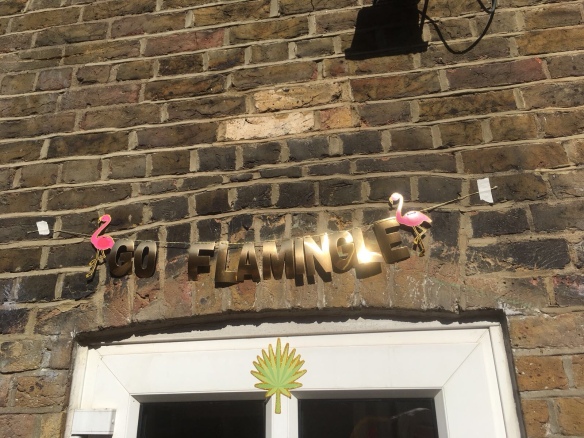 My home made banner. There was a lot of flamingleing going down.

Here everything started getting very shaky. Natalia and Jean showed up with baby Sophie and we took pictures for the team.

There was some serious dancing going down and when i woke up i looked out at garden looking like 50 people screamed sang at the top of their lungs to the cheese list for 8h. 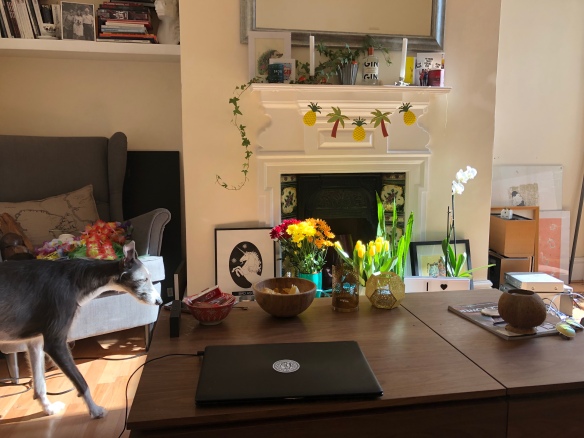 But we made a serious effort and got the place somewhat cleaned up.

It was a really good party and everyone had the best time. But, it will be at least 6 months until next time. Its just too much effort throwing something this big. But, we now have a BBQ and loads of beers so maybe there will be a smaller version.