Went for the second one of Olivers bday dinners (since i gave him a dinner at The Ledbuy we have that one to end the bday dinner tour this year). We went to spanish influences restaurant Moro at Exmouth market. Yum, is all I have to tell you.

Olivers alcohol free cocktail. Not only do you eat with your eyes, you drink as well.

and long discussions on Ebola, Russia and all those other very political and current affairs that these guys discuss when they meet (and yes, some talks on Ruperts women of course)

I had a pumpkin soup with chilli butter for starter. Yes, it was as excellent as it sounds.

and lamb that melted in my mouth for main. Dont you worry, I had dessert as well. Cheese. Pretty bursting at the seams when we got home.

Last night I met with Lollo in a dark alley off Earls court road. We were going to get a crime solved. The crime of our missing dinner.

The place that was going to help us were Evans and Peel detective agency. We rang the dorr, gave them the password…

… and descended down the stairs into a dark room were a lady sat at the type writer taking the details of our crime. Once we said we suspected the chef and she told her she’d give him some electric shock therapy (that wouldnt stop him from making delicious food) she opened the book case at the wall and we were let into the restaurant.

and guess what, we found our missing dinner!

As well as some delicious cocktails.

Lollo took one with an edible flower, I had a Green rose. We ate sliders and pulled pork and talked about therapy, moving to london and if we will ever be able to move back to Sweden again.

The place looked lovely and the cocktails dreamy but the food was nothing special and it was a bit of a shame that they didnt keep on going with the detective agency stuff once out of the first room.

But, if you are looking for a swanky place with all the Chelsea riff raff (so many public school boys and girls there my eyes hurt) and want it to be a bit more interesting and fun definitely give this chance.

It was a lovely weekend. The weather was so so but it didnt do anything when I got to hang around with friends in London.

On Friday evening met up with Lollo in Soho and had an interesting hour meeting some of Londons finest in the bars of Soho. We had someone spill beer on us, got some seriously weird pick up lines thrown our way and realized that no one wins by drinking jagerboms. We were both pretty happy to leave when Oliver came and saved us and we headed to Andrew Edmunds for dinner. A tip for anyone who is looking for delicious, not too expensive food in Soho.

After dinner a drink at Tiki bar and then we gave up on this night. Prett amazeballs to end up in bed at midnight. 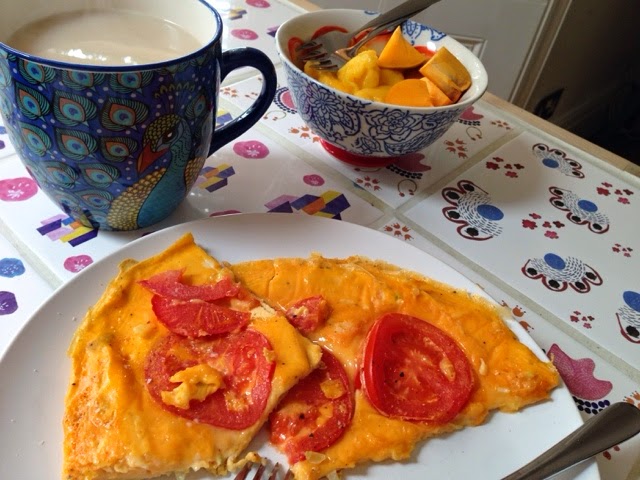 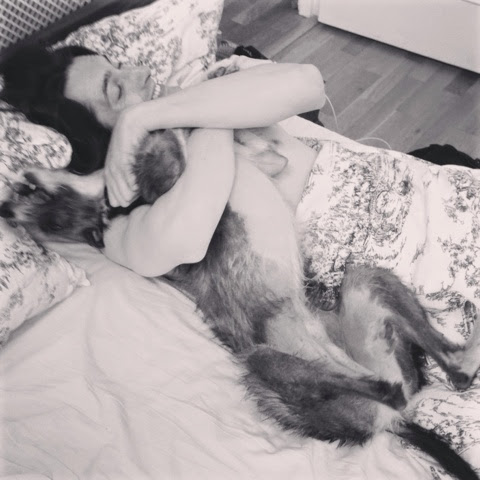 Ol and Wool had a very mutual consent cuddle. No doubts here. 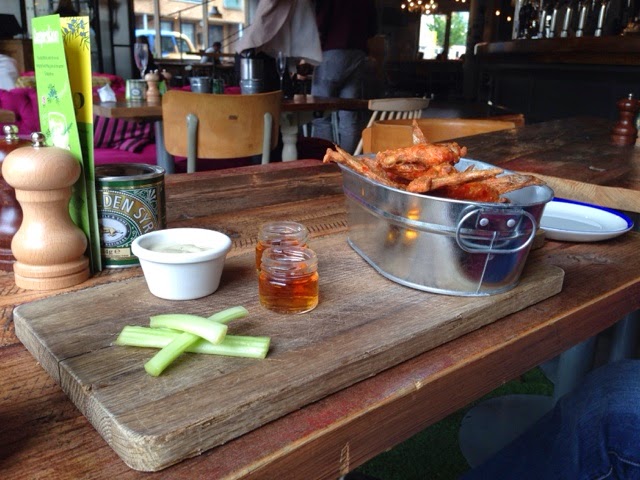 After a slow morning and a walk in the park I headed to Clapham to meet up with Tommy for lunch. We started with a Bloody Mary and the chicken wings and rum. There somewhere it went from lunch to ‘lets drink our way through the bar and not the same drink twice’ 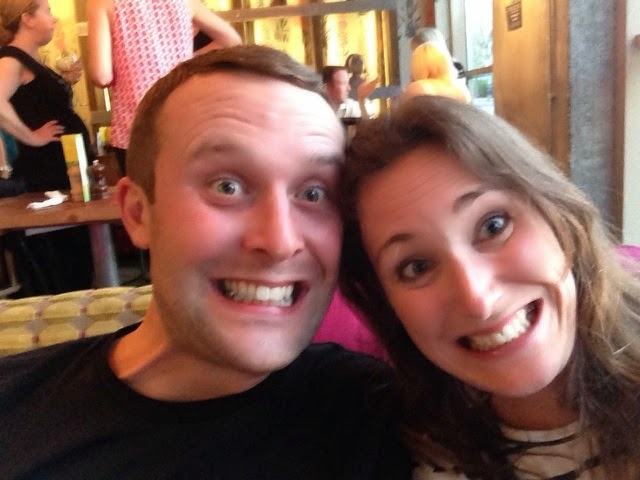 Jagerboms. (remember what I say about that earlier. Goes for us as well…) we drank way too much and watched the Champions League final. Awesome to hang with my Tommy though. Next time we need to go easier on the booze. 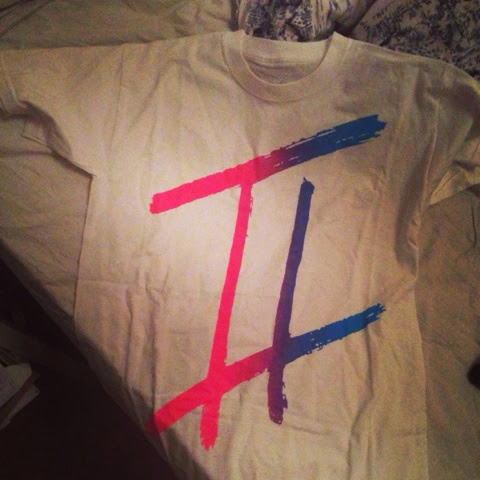 Sunday was a non day. Oliver went out, I stayed in bed. he came back with this very acid gift for me. That fixed me right up (oh well). 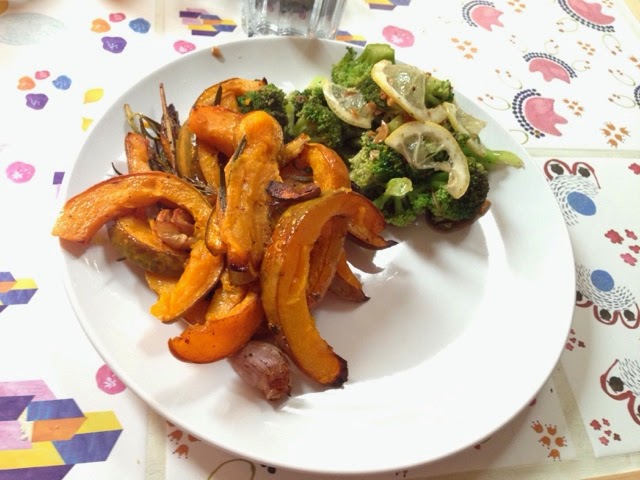 Since it was bank holiday Monday was off as well and we decided to clean out the fridge of the last Abel and Cole stuff. Lunch was squash with rosemary and chilli garlic broccoli. Yes! later we made dinner on lamb and new potatoes. 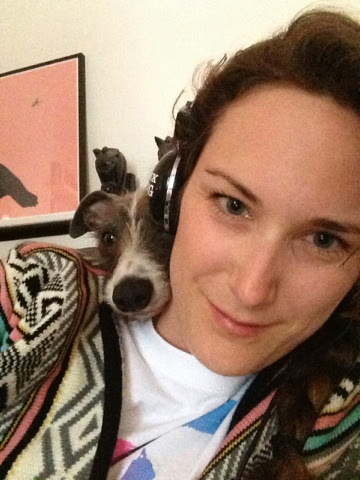 I watched Vampire Academy with my hound while Oliver finished Moby Dick. Only took him 6 months. That book is like Ahab’s chase for the white whale, you just never get to the end. 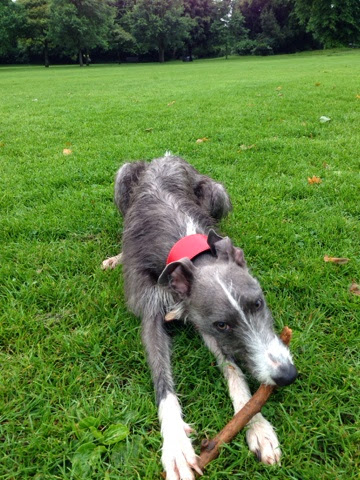 Took the monkey out for a morning walk since Ol is feeling crap. We played with a stick. Doing pilates for lunch and that is today’s training done. Im on a ‘at least 3 days a week’ schedule at the moment. Going well (only 2nd week though)

Met Kirsten for dinner last night. To our horror we realized its been almost a year since last time. That is way too long. By far.

We went to this amazing little restaurant called Barnyard. The food was simple but delicious and lets not talk about their cocktails… 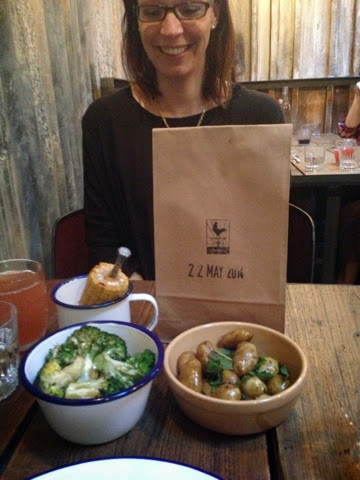 Broccoli, corn on the cob and potatoes and in the bag corn bread is hidden. One happy Kirsten loving her corn bread. 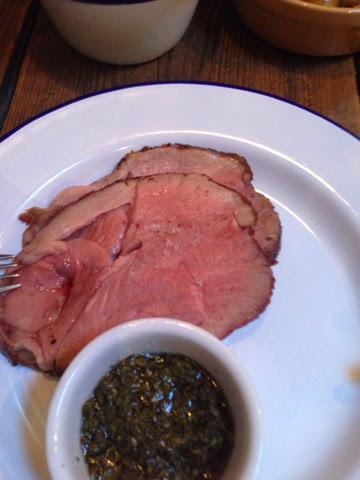 Lamb with mint sauce. Dont mind if I do. 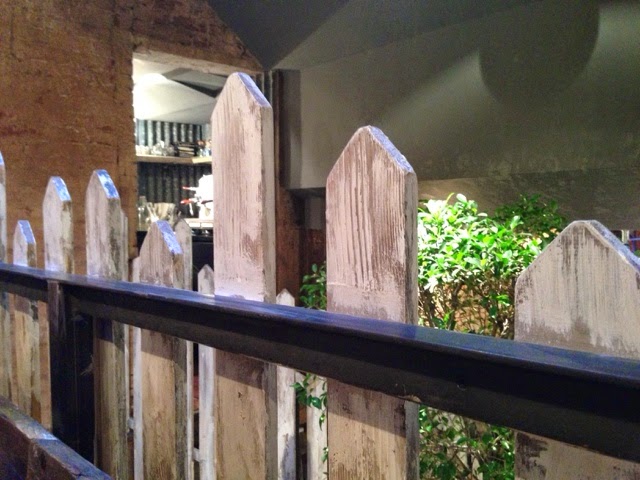 In true London hipster style they had decorated with a white picket fence and all the waiters were bearded men in flannel shirts. They were nice though and the food not too expensive so well worth checking out. 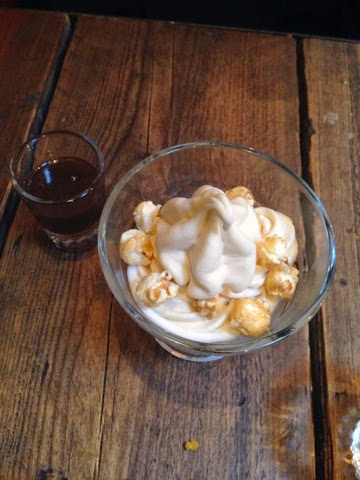 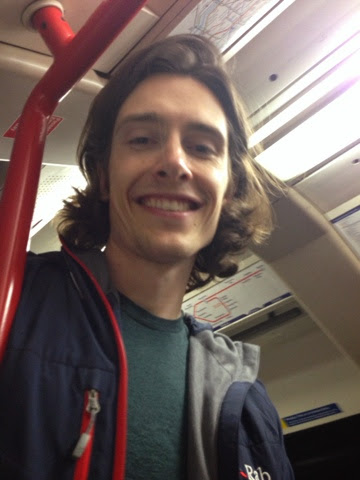 Met my man on the way home and we shared the tube home with a bag of eggs from Miranda. I know what ill be eating this weekend… 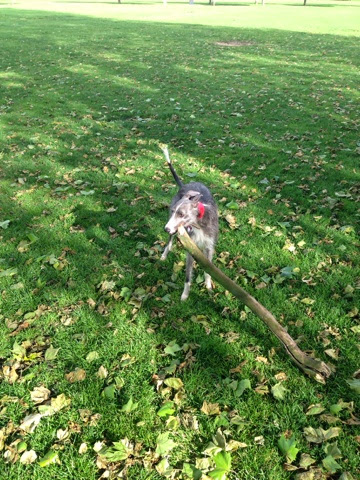 Took the hound out for an early morning walk to give Ol some time to work. He found a log twice the size of him. Exciting.

Tonight meeting Lollo for dinner in Soho and thats the start of the bank holiday weekend. Only plans are in London but it looks like we will be spending our time between birthday parties and BBQs. Sounds pretty good to me.

It was Miranda’s birthday yesterday and I met up with the Holmses for cake and dinner. In that order (crazy people).

A lovely fruit cake had been bought for the occasion. But why is it a piece missing one might wonder? Woolly the ‘I eat everything with or without a pulse’ thief saw his moment when Fiona turned her back for one second and snatched half of it.

Oliver was not impressed!

No harm done, dressed up in candles you could barely see that a big chunk were missing and Miranda got sung to and as much cake as she, as the birthday girl, deserve.

For a girl hating having her picture taken birthday is a nightmare. Its carte blanche for everyone to take as many pictures as they want.

Even me catching the flattering ‘blow up your cheeks and try and catch all the candles in one go’ picture.

Not sure what they are looking at but Fiona looks lovely so it made the edit (yup Ol, you can call it a flabby edit as much as you want)

Oh yeah, all of Miranda’s birthday cards. I forgot to get her one, we just dont do that in Sweden. At least i got her a gift. A mugtail. I think they are very pretty. For a second there I was thinking about stealing it.

Woolly, feeling the wafts of success from his victorious stealing, were keeping his eyes trained on the cake.

‘I love you ham lady. But I reaaalllyyyy love cake’.

It got to the point were he needed to be contained less he dive bomb the cake.

Rupert bought some weird russian shot thing. It was pretty yummy. Would have been perfect in the shot roulette. Maybe not so much on a tuesday in a pretty much non drinking family.

Dont look so sad you monster dog just because im stopping you from stealing cake.

Oliver made a piece of art out of the box for Miranda’s scanner. I have a bad feeling we will never be allowed to through away that box. It will live in the basement for eternity.

After that cake extravaganza we went to dinner at The Glasshouse. Amazing food (and pretty fancy). I ate like there was no tomorrow. And then some.

Another cake, another blow picture. Win!

My dessert. Not too shabby even if there were neither candles not fancy writing on it. But it was popcorn looking like maggots.

Our little home is falling into place. This morning the table arrived. Taken through the window like a true pro (that would be Oliver and not me)

It is also Friday. That means a weekend of absolutely nothing. My head needs a rest. I will be horizontal on the sofa. (I will also call you dad to give an update on my first week).

First, 6 meetings, lunch with Elin at Nordic Bakery (yum, cinnamon bun) and trying to stay away from the stash of sweeties on my table. Dangerous with a company serving free sweets.